We believe a strong sense of community, inspired students, human health, thriving economies, and a balanced environment are inextricably linked, and our passionate team seeks solutions to sustain the planet and support happy and healthy populations.

The Foundation Legacy
Legacy of HWH, Jr.
Meet Our Team 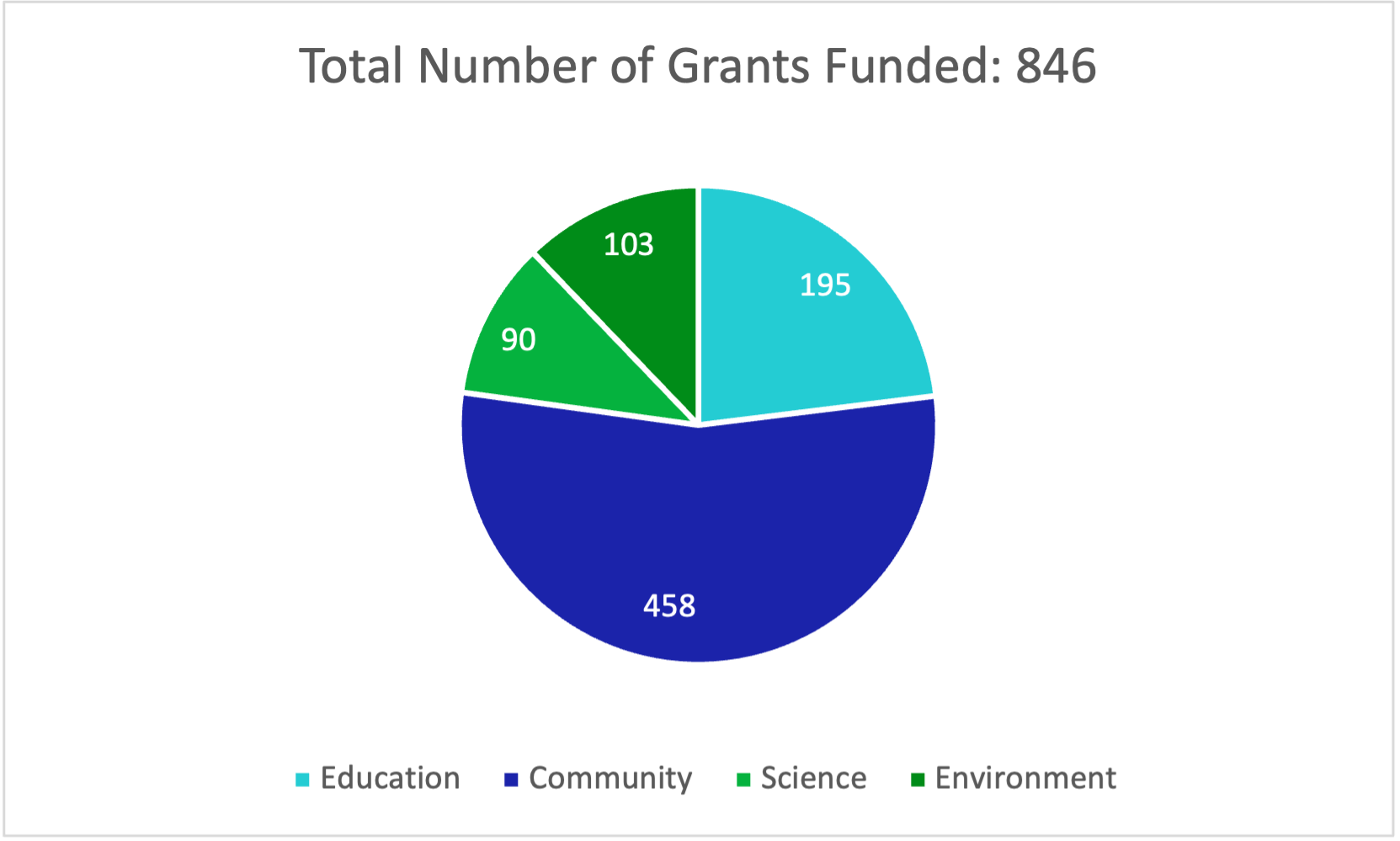 Since its creation in 1989, The Herbert W. Hoover Foundation has funded over 800 grants across the Foundation’s 4 main focus areas of community, education, science, and environment.

The Hoover legacy stems from a long history of innovation, entrepreneurship, and community leadership ignited by William H. “Boss” Hoover in 1870, when he founded The Hoover Company, a successful leatherworks company in North Canton, Ohio. The Hoover Company’s best-selling product was a leather horse collar for transportation, but with the mass production of cars in the early 1900s there was less demand for the horse collars.  Because of this, the company diversified its catalog of offerings to include leather parts for the auto industry and leather sporting goods.

In 1908, Boss Hoover and his two eldest sons, Herbert W. Hoover, Sr., and Frank G Hoover, took a risk and purchased a patent for the “Electric Suction Sweeper” even though fewer than 10% of homes in the United States were wired for electricity.  Sales of the first Hoover vacuum took off quickly as a result of great design and innovative marketing. To this day, the Hoover brand is one of the most widely recognized brands in the world.

As The Hoover Company grew, so did the Hoover family’s generosity and deep connection to the community. In 1923, Boss Hoover provided North Canton with its first library, art gallery, and YMCA.  “Boss” Hoover was also North Canton’s first mayor (a position for which he did not run) and a lay minister at the local church.

Herbert W. Hoover, Sr., continued in his father’s footsteps leading the The Hoover Company to further success and positively impacting the community through philanthropy. Perhaps his most significant contribution was bringing 84 children to North Canton during World War II. The European headquarters of The Hoover Company was located just outside of London along with a factory employing several thousand workers.  As Germany continued to invade countries in continental Europe, Great Britain assumed that they would be next.  Out of great concern for his employees, Herbert W. Hoover, Sr. offered to bring any child of a British employee to North Canton where they would be safe from harm.  84 children arrived in North Canton in August of 1940, just a month before Germany began bombing England in the Blitz.  The children were fostered in homes throughout the community until the war ended five years later. 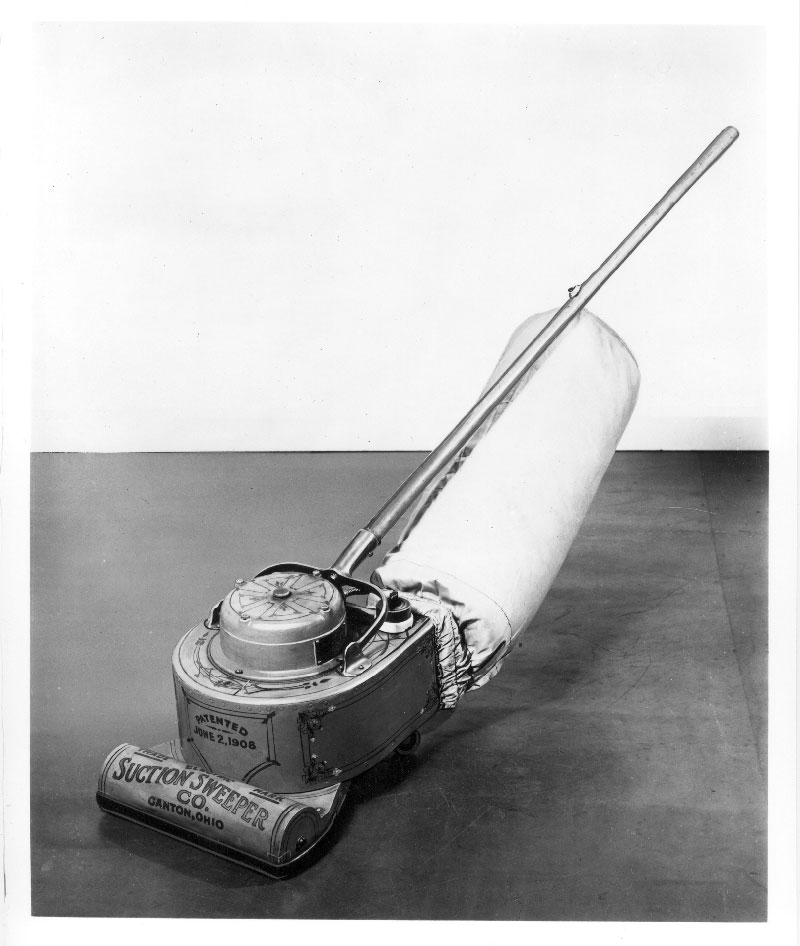 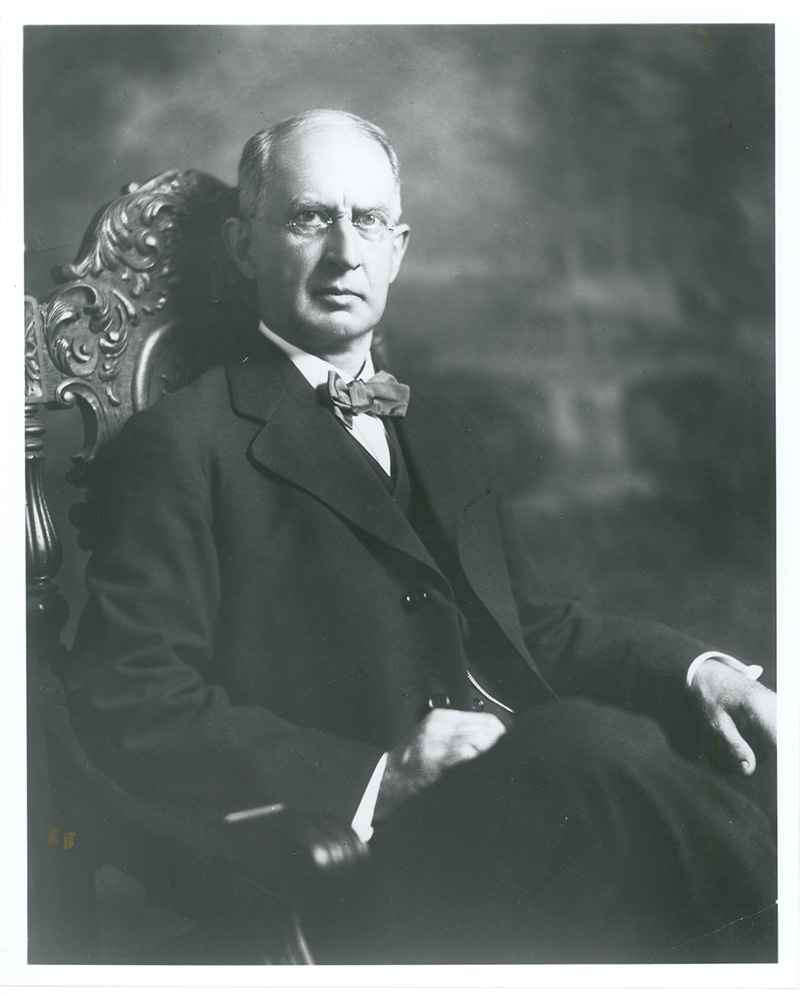 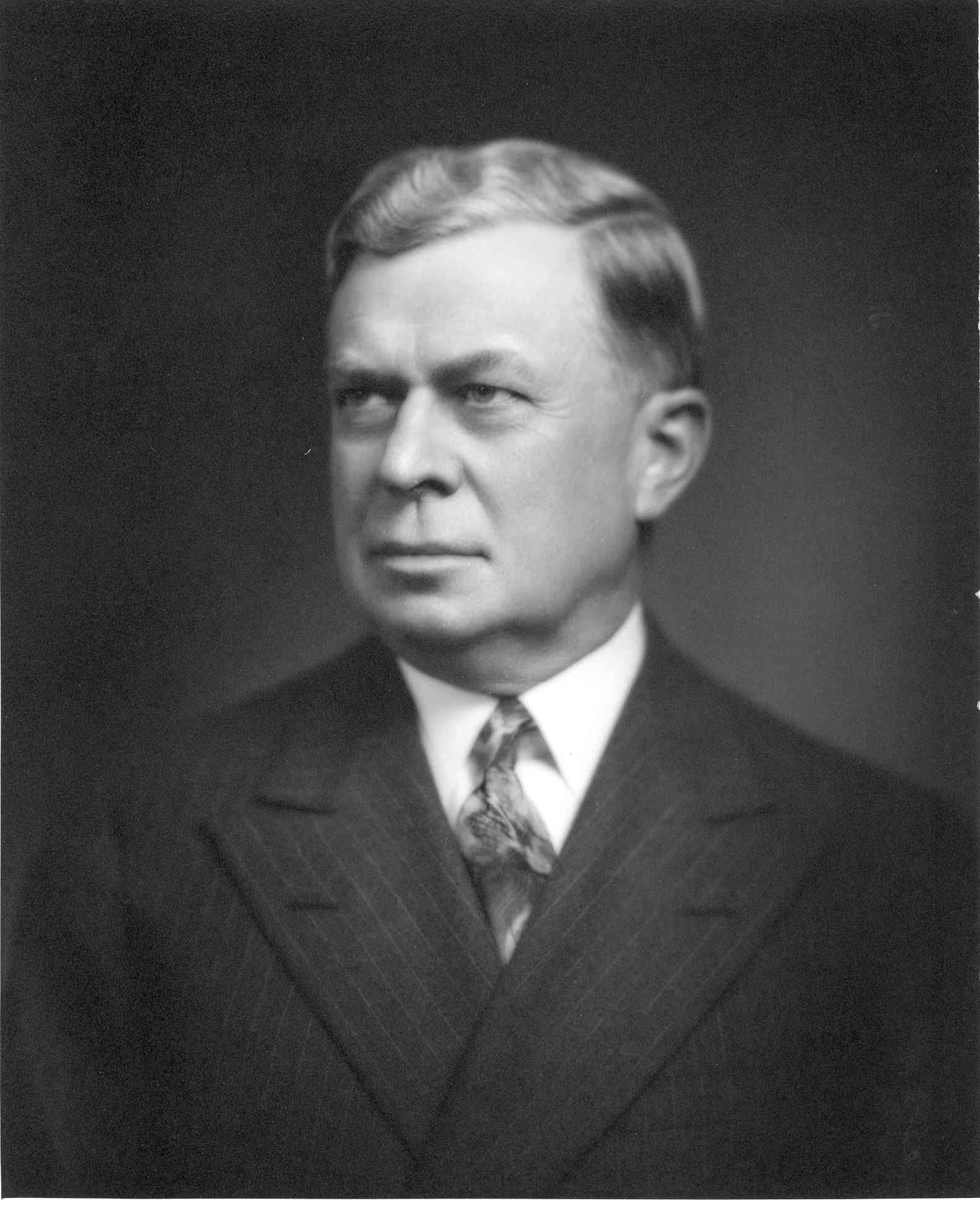 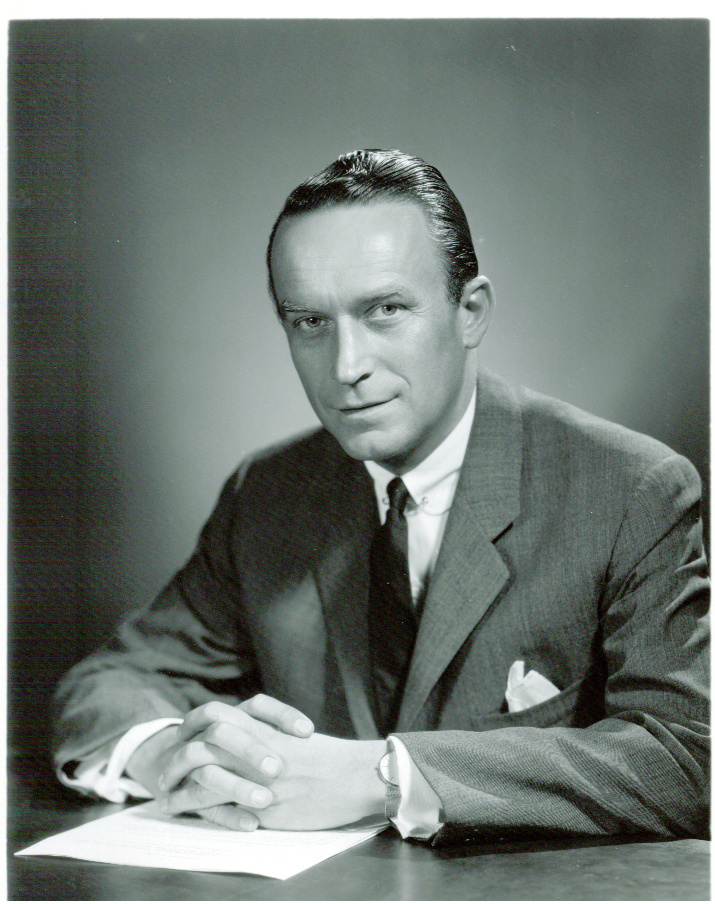 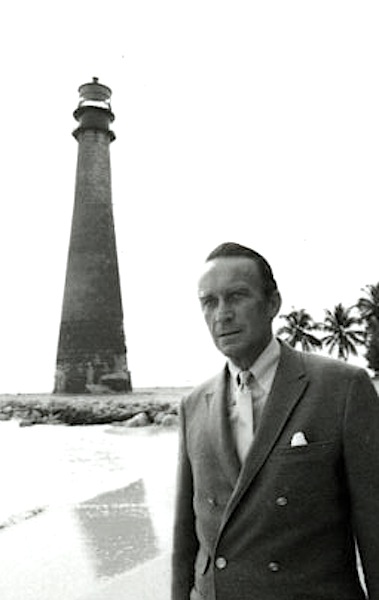 1968 – Herbert W. Hoover, Jr. led the effort to create Biscayne National Monument, now Biscayne National Park.  Located within sight the metropolis of Miami, Florida and comprised of 95% water, Biscayne National Park protects over 172,000 acres of our world’s most precious ecosystems. This Park is home to nearly 600 species of fish, a portion of the third largest coral reef tract in the world, the longest continuous stretch of mangroves on Florida’s east coast, and over 10,000 years of human history.

1969 – Herbert W. Hoover, Jr. brought attention, through the funding of scientific studies, to thermal pollution in South Biscayne Bay, which resulted in the passage of a law setting a maximum temperature level for public water used to cool power plants.

1987 – Herbert W. Hoover, Jr., through the organization he founded called “The Hoover Legal Defense Fund,” coordinated a nonpartisan effort to stop offshore oil drilling off the coast of Florida.  The “Save Our Shores” petition drive collected 120,000 signatures calling for a moratorium on drilling and new oil leases and many personal connections made with leaders in Florida and Washington, D.C. resulted in the creation of a national marine sanctuary in the Florida Keys that protected the area from oil drilling and ships.  This legislation was signed into law by President Bush on November 16, 1990.

1988 – Herbert W. Hoover, Jr. becomes actively engaged in the effort to halt the use of purse seine nets for the commercial fishing of tuna.  Fishing by this method entangled and killed hundreds of thousands of dolphins.  Because of the efforts of Herbert W. Hoover, Jr. and other environmental groups, the United States Congress signed the Dolphin Protection Consumer Information Act of 1990 that formalized the “dolphin-safe tuna” labeling that is still used today. 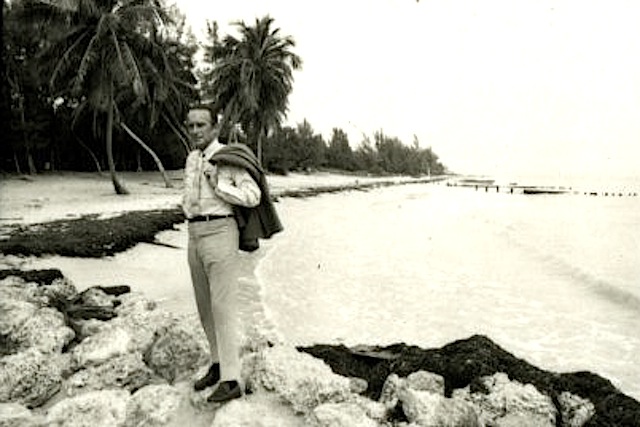 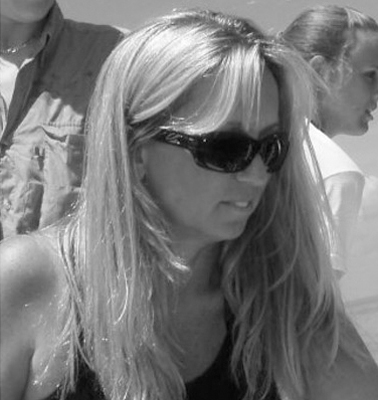 Elizabeth Lacey Hoover is the daughter of Herbert W. Hoover Jr. She embodies the long family tradition of community service, entrepreneurial skill, and teaching the next generation to preserve their natural resources and leave the world a better place. Environmentalist, philanthropist, and mother, she has served on the boards of the Marine Conservation Biology Institute, Nova Southeastern University’s Oceanographic Center, South Florida National Park Trust, National First Ladies Library, the Florida National Parks Association, and several others.

Ms. Hoover has created multiple initiatives to protect the environment and provide scientific information and education in user friendly and accessible formats available to schools and the general public. One notable project took place in 2000, when Ms. Hoover led the fight against efforts to turn the Homestead Air Force Base, located between Everglades National Park and Biscayne National park, into a commercial airport. The placement of an airport in this location would have had far-reaching negative impacts upon the sensitive ecosystems of the area as well as created significant national security concerns. Ms. Hoover’s efforts were successful, and the Air Force and United States federal government rejected the proposal. 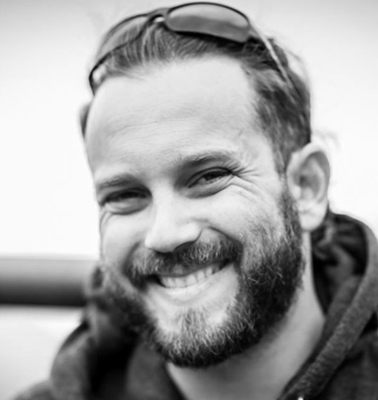 Colton Chase is the grandson of Herbert W. Hoover, Jr. He is a graduate of the University of Miami with a primary focus on ecosystem science and more specifically on how to articulate issues facing the environment to the general public through the use of film and other new media forms. Colton works with internationally-renowned scientists to express their complicated scientific messages in an exciting and understandable way.

Mr. Chase recently completed a series of online learning modules exploring the Ocean Health Index called the “Ocean Health Voyage.” This 9-week course provides students with an exciting, documentary-film style experience interviewing 9 different scientific experts from around the world. Each week focuses on a distinct marine science topic, and the expert scientist educates the student about the topic from the field where they conduct their research, including diving deep to explore corals in Hawaii and walking through the streets of Hong Kong discovering information about the illegal seahorse trade.

Mr. Chase is an underwater and aerial cinematographer and skilled drone pilot. Mr. Chase’s experience with philanthropy has come through working with multiple organizations – Neighbors 4 Neighbors, FarmShare, and the HWH Foundation being the most notable. Mr. Chase is currently a Board Member of the South Florida National Parks Trust. 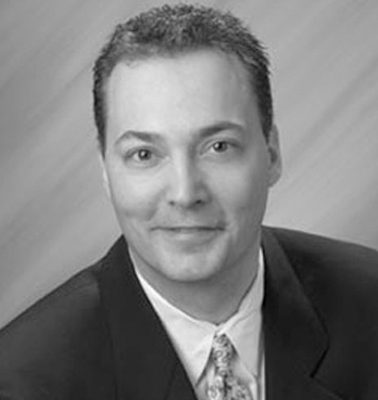 Dr. Jeff Congeni is Board-Certified by the American Board of Ophthalmology. His Internship was at Akron City Hospital, where he also did his Residency. Dr. Congeni earned his MD from Northeastern Ohio University’s College of Medicine, and he earned his BA in Economics and Political Science from Yale University. Mr. Congeni lives with his family in Canton, Ohio. 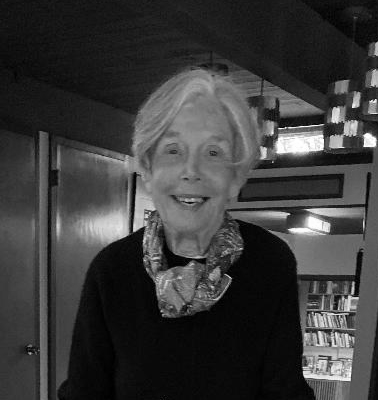 Dr. Lavin is a long-time Canton, Ohio, resident with an extended history of accomplishments and accolades. A recipient of two Fulbright Professorships and three State of Ohio awards for excellence in writing and education, Dr. Lavin has taught at the College of Wooster and Case Western Reserve University as well as in 17 countries. Because of Dr. Lavin’s publication of multiple books and distinction in literature, the Stark County District Library aptly named their annual program after Dr. Lavin – “The Dr. Audrey Lavin Speaking of Books Author Series.”

Dr. Lavin is currently active in the Stark County community. She serves on the Canton Planning Commission and Temple Israel Rabbi Search Committee. 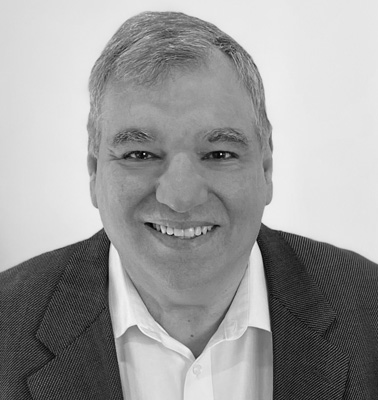 Jack DeSario possesses a B.A. from Brooklyn College, a M.A. from Miami University of Ohio, a Ph.D. in political science from SUNY Binghamton and a J.D. from Case Western Reserve University. He has served as the Director of the Legal Studies program at the University of Mount Union for over twenty years, teaching courses in criminal and constitutional law. He is also a paid legal advisor to several Prosecutors and Judges throughout Ohio. Dr. DeSario was appointed by Governor Voinovich to chair the Ohio Ethics Commission and by Governor Strickland to be a member of the Ohio Judicial Selection Committee. As Chairman of the Ethics Commission, he prosecuted a number of high visibility, politically sensitive cases including putting the Chief of Staff for the Governor of Ohio in prison.

Dr. DeSario also served as a practicing attorney for a labor law firm. He is a traditionally published author who has published several non-fiction books and dozens of professional articles and book chapters in law reviews and political science journals. Dr. DeSario has also served as on-air talent for several local network television news programs for over 12 years. He has conducted legal and political seminars throughout the United States. He has conducted over 100 political campaigns throughout Ohio and New York and was honored to testify before the U.S. House of Representatives. Dr. DeSario has served as President of his own public relations consulting firm, D & R Consulting, for over 20 years. 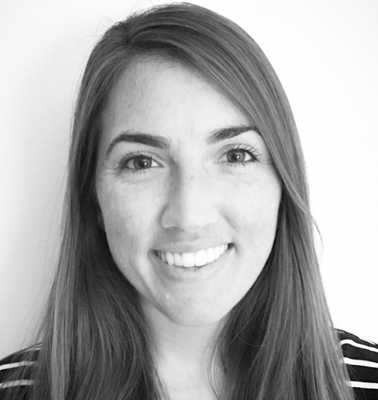 Caitlin Vindelle Waks received her B.A. from the University of Miami in Ecosystem Science and Policy, and thereafter received her J.D. from the University of Florida Levin College of Law where she specialized in coastal and marine law and policy. While at the University of Florida, Mrs. Waks worked in the Conservation Clinic to facilitate the establishment of a marine protected area in the Bahamas and worked with other nonprofit organizations to fulfill their marine conservation goals, including the Surfrider Foundation and Audubon Florida. Upon graduation from law school, Mrs. Waks co-founded Debris Free Oceans, a nonprofit dedicated to inspiring local communities to responsibly manage the life cycle of plastics and waste as part of a global initiative to eradicate marine debris. Mrs. Waks is also a Board Member of the Marine and Waterfront Protection Authority for the City of Miami Beach. 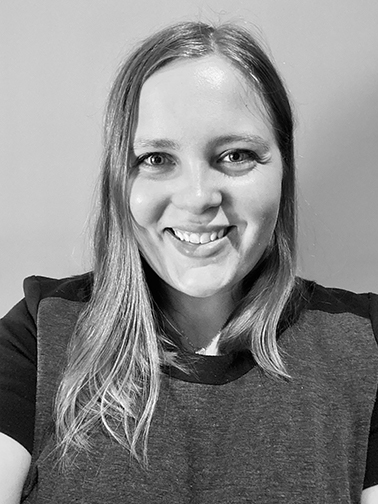 Kaitlyn Cowley was born and raised in North Canton, Ohio. She graduated with her B.A. in Zoo and Wildlife Biology and Environmental Studies in 2019 from Malone University, where she also completed minors in Psychology and Marine Biology. Ms. Cowley has a passion for marine biology and environmental issues facing the world. She completed an internship with the Clearwater Marine Aquarium, learning and using skills to teach a wide variety of people about marine related topics. More recently, she completed a research internship at the Institute for Marine Mammal Studies in Mississippi where she worked on their dolphin photo-ID project. Ms. Cowley is also passionate about getting involved in the community and giving people access to new and educational experiences. She previously served as the Director of a project to introduce Canton City students to the field of Wildlife Biology through opportunities they wouldn’t have access to otherwise.