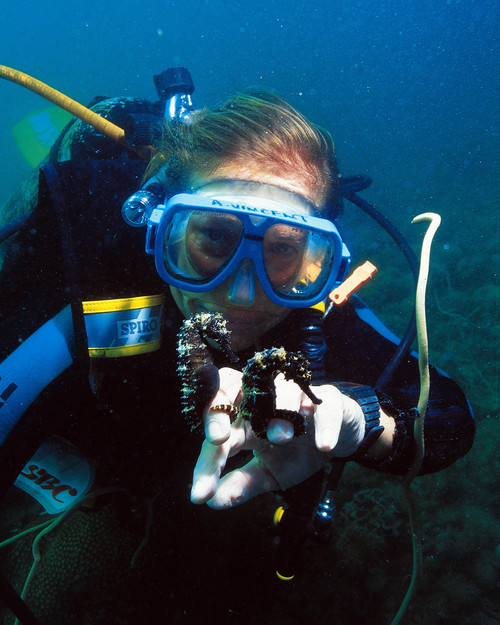 Foundation Grantee is Runner-Up for the 2016 Indianapolis Prize

[Editors Note:  Dr. Amanda Vincent was a runner-up in this competition.  Dr. Vincent is a recent recipient of a grant from the Herbert W. Hoover Foundation, focusing on Seahorse Distribution and Marine Conservation in Biscayne National Park.

Note:  This article was originally published on cbs4indy.com

INDIANAPOLIS, Ind. – Carl Jones has been selected as the winner of this year’s Indianapolis Prize.

Jones was recognized earlier Wednesday during a ceremony in London. Jones, chief scientist of the Durrell Wildlife Conservation Trust and scientific director of the Mauritian Wildlife Foundation, will receive $250,000 in cash and the Lilly Medal.

The Indianapolis Prize is the world’s leading award for animal conservation. Jones is lauded for major victories in saving animal species from extinction. He’s credited with bringing back at least nine species from the brink of extinction in his 40 years of work in Mauritius, including the Mauritius kestrel, pink pigeon, echo parakeet, Rodrigues warbler and Rodrigues fody. In addition, his work has helped restore the population of many other species.

“Winning the 2016 Indianapolis Prize is undoubtedly one of the highlights of my career,” Jones said of the award. “It’s a great accolade not just for me, but for Gerry Durrell and the people who have made this work possible over the years. I’m particularly proud of this award because it validates the conservation of animals — like Telfair’s skinks and pink pigeons — that are not megavertebrates, but provide critically important ecosystem services nonetheless.”

Born and raised in Wales, Jones received his masters and doctorate from the University of Wales in Swansea. He currently splits his time between Wales and Mauritius.

Jones will be formally honored at the 2016 Indianapolis Prize Gala in Indianapolis Oct. 15, 2016. Five other finalists for the award will receive $10,000 each: