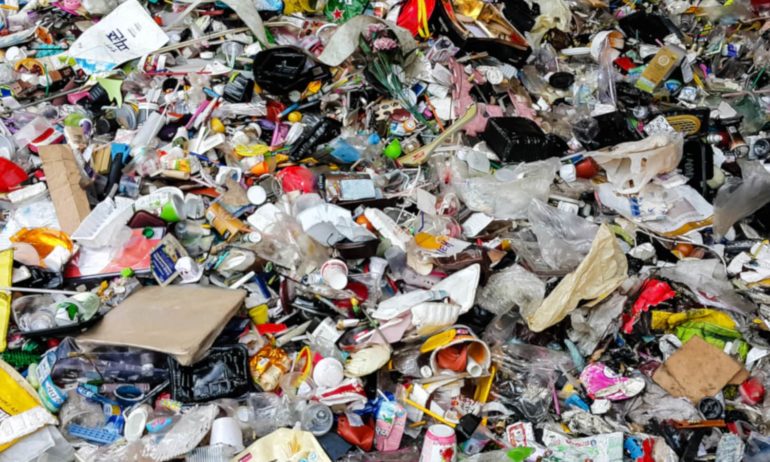 Daily worldwide production of plastic tops over a thousand metric tons and it’s ubiquitous in our lives from water bottles to grocery bags. But many scientists, including the World Health Organization, are questioning its impact on humans, as they find oceans, farmers’ fields, and food products drowning in tiny plastic particles called microplastics.

Despite plastic’s omnipresence, governing bodies mismanage its disposal, as Esther Garrido-Gamarro of the U.N. Food and Agriculture Organization (FAO) explains to Food Tank. “Between 1950 and 2015 only 9 percent of plastics were recycled, 12 percent incinerated, and the remaining 79 percent stored in landfills or released directly into the environment.”

Instead of biodegrading, plastic persists for hundreds, even thousands of years, breaking down into particles as tiny as the flu virus. And it isn’t just the physical fragments that can cause harm; toxins added during manufacturing and organic pollutants gathered during air and water travel also accumulate in ecosystems.

Marine systems bear much of the burden. “As a result of mismanaged waste, around 9 million tonnes of plastic entered the marine environment in 2010,” says Ms. Garrido-Gamarro to Food Tank. Of the marine species crucial to global fisheries, she states that “microplastics…[have] been recorded in twelve out of the twenty-five most important.” Although research is still in its infancy, the FAO notes that the physiology, metabolism, growth, and reproduction of marine life that eats or otherwise draws in microplastics may be impacted.

Microplastics also infiltrate the soil, in part from sewage-based fertilizers and plastic field coverings. Chelsea Rochman, Assistant Professor at the University of Toronto, writes in the journal Science that “the current evidence suggests that microplastic contamination is as ubiquitous on land and in freshwater as in the marine environment.” And as an article in Scientific American observes, this puts the health of the soil—including the crops, organisms, and water residing within it—in jeopardy.

Human harm could indirectly be caused by microplastics compromising the quality and quantity of food production. With so many unknowns, those in the food industry are anxious about their livelihoods and customer health. Keith Reid, an oyster farmer on Vancouver Island, supports continued research. “It’s something as an industry we need to know,” he says in an article by the CBC. “Are there microplastics in our oysters? And if there are, what levels are safe?”

The direct human health impact remains unclear. Dr. Philipp Schwabl, a researcher from the University of Vienna who recently found microplastics in human stool, sat down with Food Tank to explain. “Our study is the first to give evidence that microplastics are also ingested by humans…we found microplastics in all [stool] samples,” he says. While a single study is not definitive, Dr. Schwabl’s work raises concern and reason for further research. “Animal studies have shown that ingested microplastics can be found in liver, lymph, and blood. If the same is true for humans…[this] needs to be investigated.”

Technology and even bacteria may be useful to reverse some of the damage. In the long-term, Ms. Garrido-Gamarro suggests pushing for “improved governance at all levels as well as behavioral and system changes, such as a more circular economy, more sustainable production, and…review [of] existing regulatory frameworks.” For the time being, experts urge consumers and industry to reduce plastic consumption, reuse when possible, and use proper disposal. 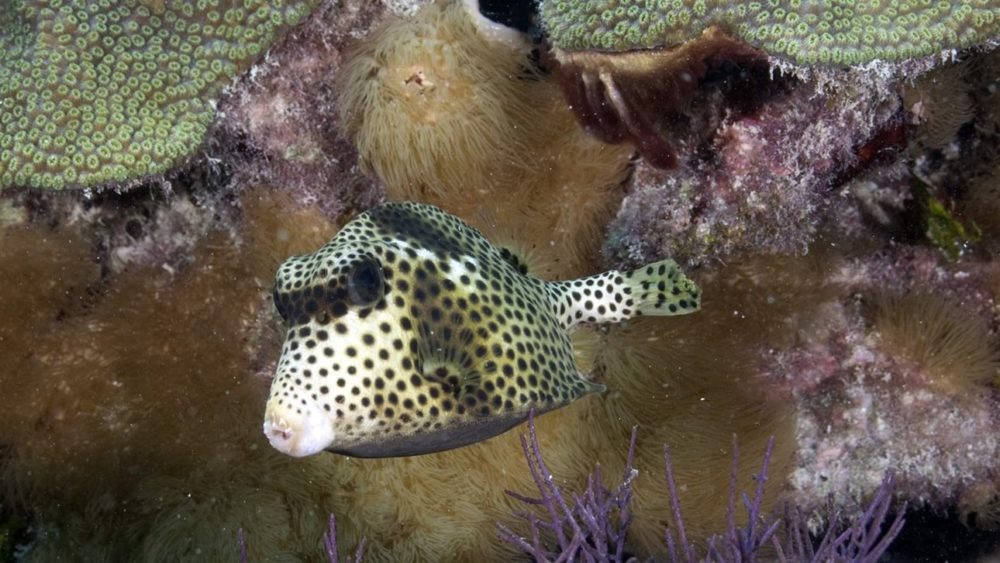 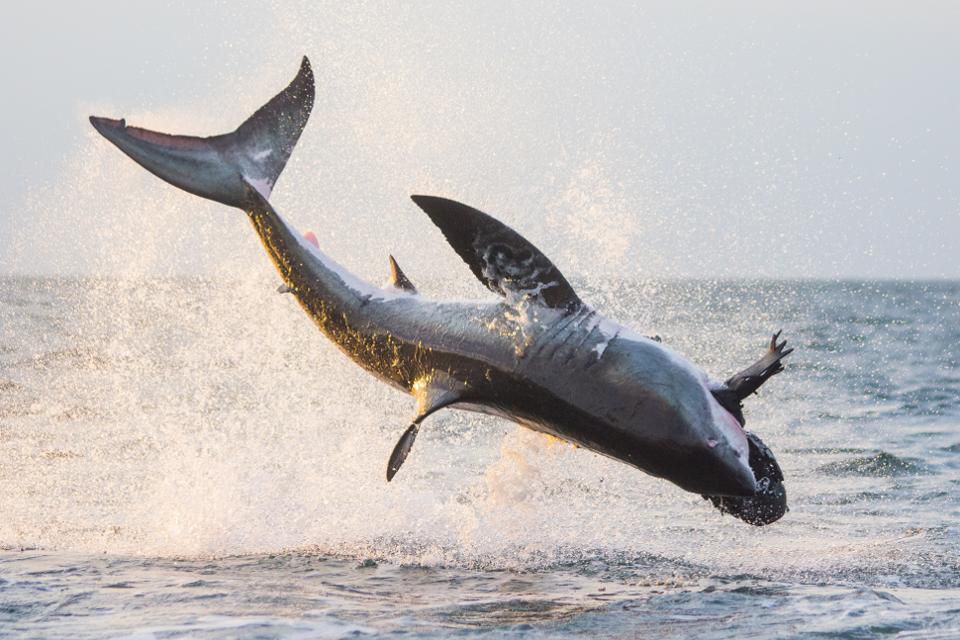 The waters surrounding Seal Island in False Bay, South Africa are eerily calm. All you can hear are waves lapping up against your boat, and you can feel a tension in the air as everyone waits for a moment made famous by Shark Week.

Suddenly, there is commotion on one side of the boat as a seal bursts from the watery realm below into the open air, a great white shark (Carcharodon carcharias) in hot pursuit right after it. A breach; the legendary “flying” great white sharks of South Africa have struck again. These waters are famous for it, but in 2015 the sightings of these predators began to drop. 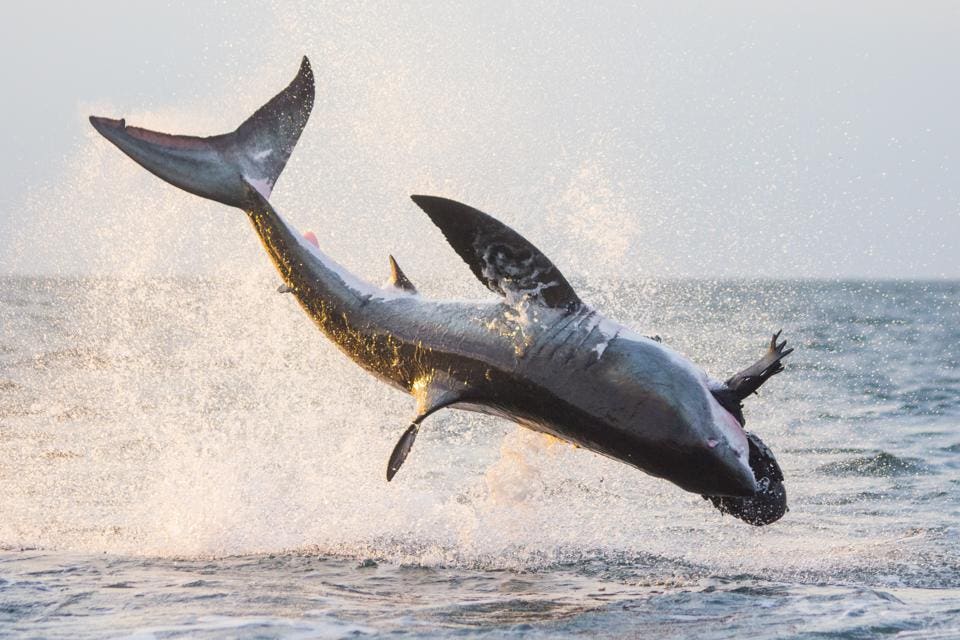 “In 2017 and 2018, their numbers reached an all-time low, with great whites completely disappearing from our surveys for weeks and months at a time,” said study lead author Neil Hammerschlag, a research associate professor at the University of Miami (UM) Rosenstiel School and Abess Center for Ecosystem Science & Policy in a press statement. “While the reasons for their decline and disappearance remains unknown, it provided a truly unique opportunity for us to see what happens to an ocean ecosystem following the loss of an apex predator.”

A new 18-year collaborative study between shark researcher Neil Hammerschlag and wildlife naturalist Chris Fallows from Apex Shark Expeditions has documented unexpected consequences following this decline of great white sharks.  “In 18+ years of working at Seal Island, we had never seen sevengill sharks in our surveys,” said co-author Chris Fallows. “Following the disappearance of white sharks in 2017, sevengill began to show up for the first time and have been increasing in number ever since.”

The newly published study found that the disappearance of great whites has led to the emergence of sevengill sharks (Notorynchus cepedianus) and now they dominate this area off South Africa. Sevengill sharks are not uncommon in this region, but they are a top predator from the inshore kelp beds off the coast. Considered a living fossil, sevengill sharks have no equal in the local food web besides the great white shark and orcas (Orcinus orca) that reside here. They closely resemble animals from the Jurassic period, and can easily be told apart from other sharks due to having seven gill slits instead of the typical five in most other sharks. 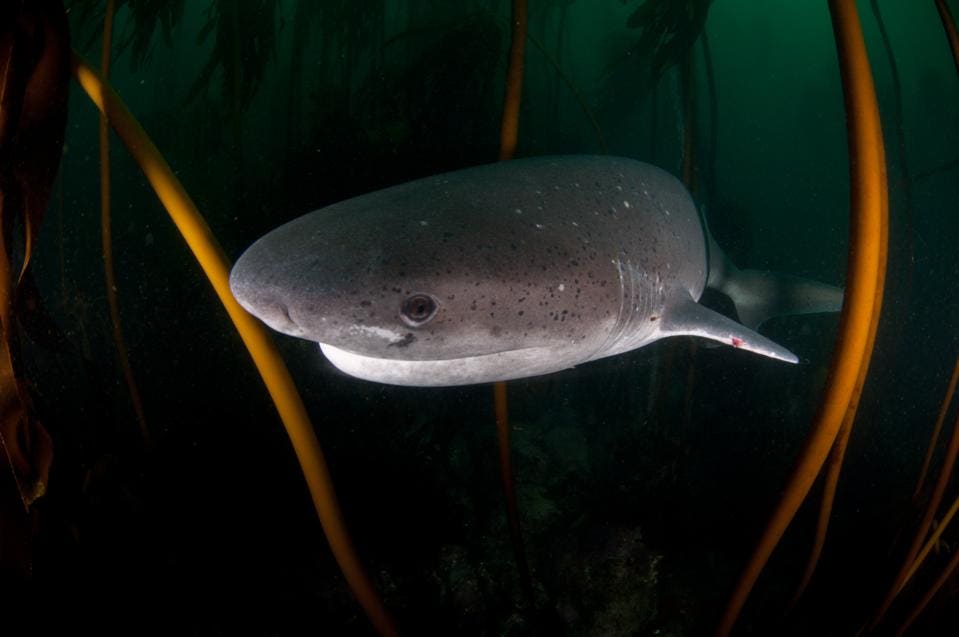 Since the year 2000, the research team has spent over 8,000 hours observing great whites from boats. During this time, they recorded 6,333 shark sightings, and 8,076 attacks on seals. The data showcased that numbers for great whites were relatively stable for more than a decade, until the start of a decline in 2015. During periods of great white absence in the years 2017 and 2018, the team documented 120 sevengill shark sightings.

Historically, the only well-known aggregation site for the sevengill sharks in False Bay was located about 18 km away from Seal Island. White sharks infrequently occurred near this sevengill aggregation site off Millers Point, as the dense kelp probably made it hard to hunt prey which sought refuge in the underwater forest. The study suggested that the appearance of sevengill sharks at Seal Island was due to the disappearance of great whites, which allowed these spotted predators to venture into the territory without becoming a meal to the great whites. It also meant there would be no competition for prey! Like other sharks, sevengills feed on fish, seals and even other sharks. The team was able to record a sevengill shark attacking a live Cape fur seal (Arctocephalus pusillus pusillus) in the absence of the white sharks. Interestingly enough, the sevengill shark sightings continued to increase in 2018 as the relative white shark abundance numbers continued to drop.

So just where did the sharks go and why? The reasons for the white shark population declines documented at Seal Island since 2015, combined with the prolonged periods of no great whites in the research surveys during 2017 and 2018, remain unknown. Determining why there is a decline in white shark observation here is “a priority area for future research,” says the study. Some possible theories are that this may be a population-level decline due to over-fishing or habitat loss; other possible theories include a shift in environmental conditions or prey. It could possibly even be linked to the demise of some great white sharks in 2017. Two years ago, the carcasses of five great whites washed ashore along South Africa’s Western Cape province. Ranging in size from nine to 16 feet in length, the two females and three males all had holes between their pectoral (side) fins and their livers missing. The likely culprit? Orcas. 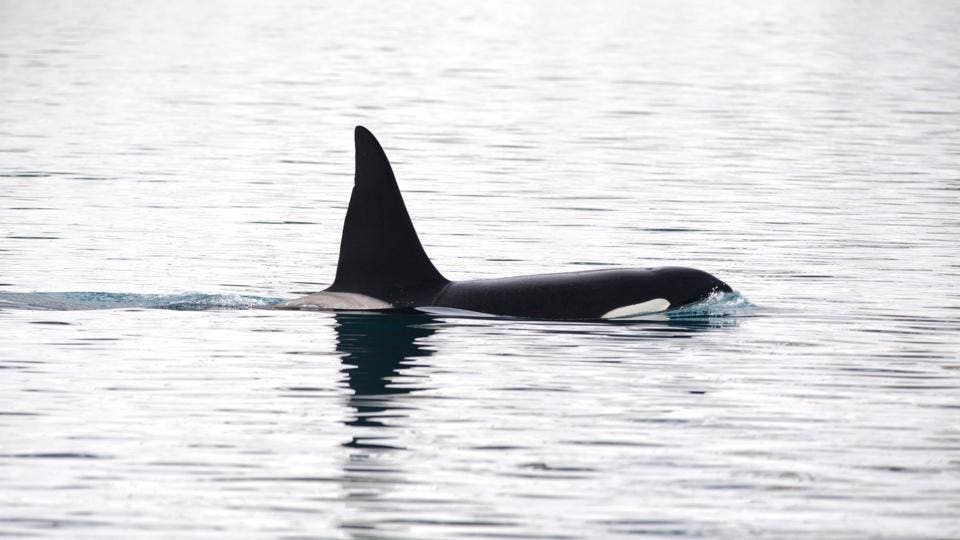 Since 2009 there has been an increase in the frequency of killer whale sightings in False Bay. Several dead sevengill sharks found by scuba divers inside the Table Mountain National Park marine protected area had scientists coming to the conclusion that killer whales were to blame for their deaths, too. Two orcas, nicknamed ‘Port’ and ‘Starboard,’ were sighted near the sevengill aggregation site at the same time these dead sharks popped up. In 2017, it is suspected that these same two killer whales were also responsible for the death of five great white sharks further up the coast in Gansbaai.

But why did these orcas start targeting sharks? The evidence points to the arrival of a different killer whale, which has an appetite for sharks even though this behavior is usually observed offshore. They were all specifically after the sharks’ liver, which accounts for up to a third of the animal’s weight and is full of oily fat, a nutrient that orcas love. According to locals in South Africa, the shark numbers just haven’t been the same since the whales moved in.

There are substantial gaps in our understanding of these orca-shark relationships, as well as the relationship sharks have with one another and their environment. It remains unknown if and when the white sharks may return to their historical numbers in this famous part of the world. The study, which can be read here, has provided new insights into the multitude of ways that the loss of an apex predator can alter a marine ecosystem.