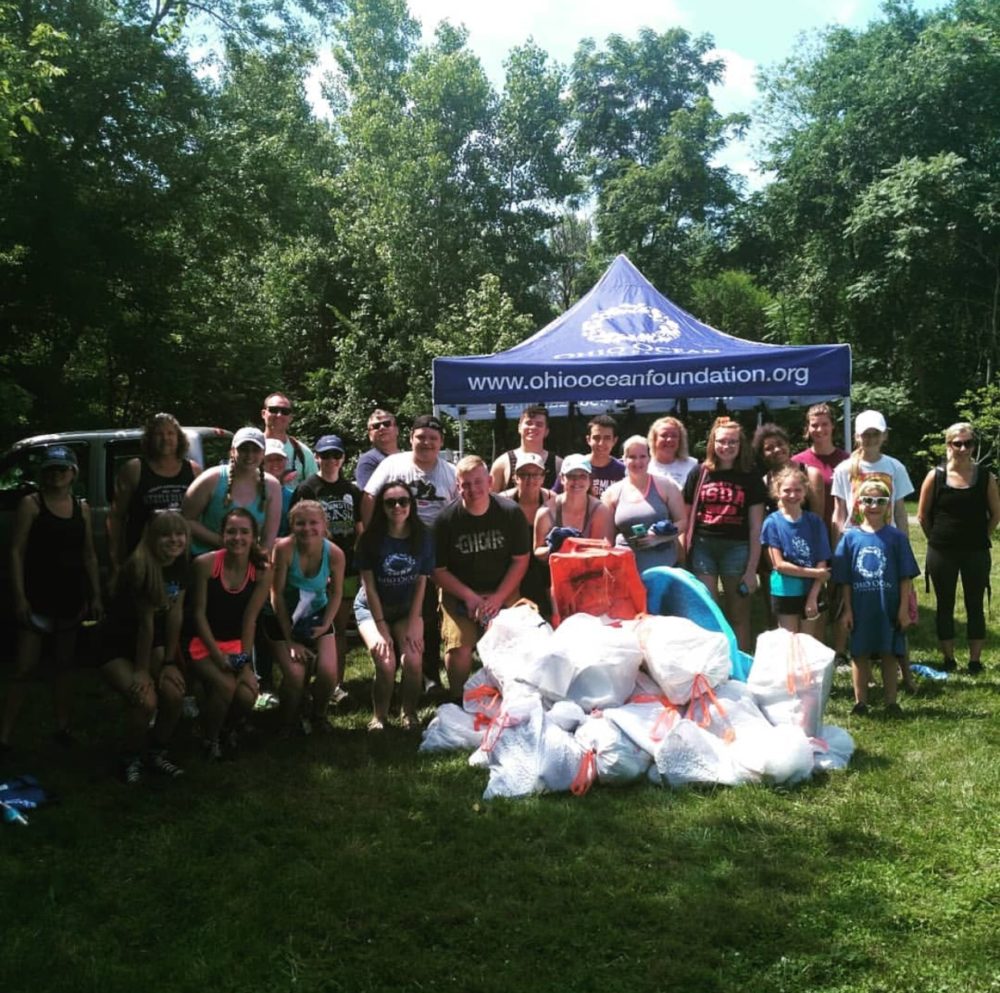 Elizabeth Lacey Hoover said she thinks her father would be proud that his namesake foundation is continuing his legacy.

The foundation is a partner and chief underwriter of the Ohio Ocean Foundation, a local group working to educate the public on how pollution in the state’s waterways is connected to the health of the world’s oceans.

“My father was the first industrialist environmentalist,” Hoover said. “He was very concerned with the output of emissions at the factory. Our family, our history, was taking care of the people who worked in the factories. That was important to him.”

Herbert W. Hoover Jr. was a grandson of company founder William H. Hoover. He succeeded his father as company president in 1954, then served as board chair from 1959 to 1966. He died in 1997.

Ohio Ocean Foundation has invited several scientists and oceanography experts to give presentations in Stark County, worked with schools, and has as spearheaded a number of cleanups; the most recent in Stadium Park in Canton, and along the Ralph Regula Towpath in Massillon in partnership with Ernie’s Bike Shop.

“We’re looking for other community groups and organizations to participate,” said Hoover, who chairs the Herbert W. Hoover Foundation. “There are all kinds of opportunities.”

Hoover estimates that the recent cleanups have resulted in the removal of more than 1,000 pounds of trash that eventually would have made its way into the local water supply. Such continued efforts, she said, can assist nonprofit organizations like the Jackson Township Recycling Center.

“We’re used to corporate recycling,” she said, “But nonprofit seems to be a better fit.”

Having help is important.

Waks splits her time between Stark County and Miami, Fla., where she has spearheaded several initiatives to encourage sustainability and reduce the usage and consumption of plastic, particularly single-use items such as straws, cups and plastic bags.

As part of its local educational outreach, the Ohio Ocean Foundation had an informational booth at the most recent First Friday in downtown Canton. They’re also creating an educational “tool kit” that can be used by schools.

“We do a lot of intense research,” Hoover said. “We work with scientists and researchers. We work on most levels that most foundations don’t. We work on solutions, not problems.”

There is about 270,000 tons of plastic debris in the world’s five ocean basins.

“It impacted him a lot,” she said. “When he created his foundation, his philosophy was to hire top-tier scientists, but also to ensure that people would understand. When they do, people will do the right thing and make the right choices and protect the environment.”

The foundation also has published a paper examining a possible link between Alzheimer’s disease, the food chain, and algal blooms, which release a toxin known to cause neuro-degenerative diseases.

From linear to circular

“It’s getting people to understand the ocean’s connection to health,” Hoover said. “This is just not some environmental tree-hugging activity. There is a link to human health.”

“In the world of research, we’re small,” Hoover added. “But that enables us to look at startup research that no one else will look at.”

Waks said there’s a growing interest in technology to break down plastics and using the material to re-manufacture new products, which in turn would reduce the need for oil, one of basic elements needed to make plastic.

“I was familiar with the foundation,” she said. “I was teaching museum studies at Walsh, and connected with the Hoover Historical Center, which funded a digitization project for us. I find what they do meaningful.”

Pellegrino said she’s impressed with what the Ohio Ocean Foundation has done in such a short period of time.

“A lot of times, we hear about problems, but there’s not always an easy way to help,” she said. “I’ve been very happy to see the response. Once you explain how plastic on the street ends up in the ocean, they get it.”