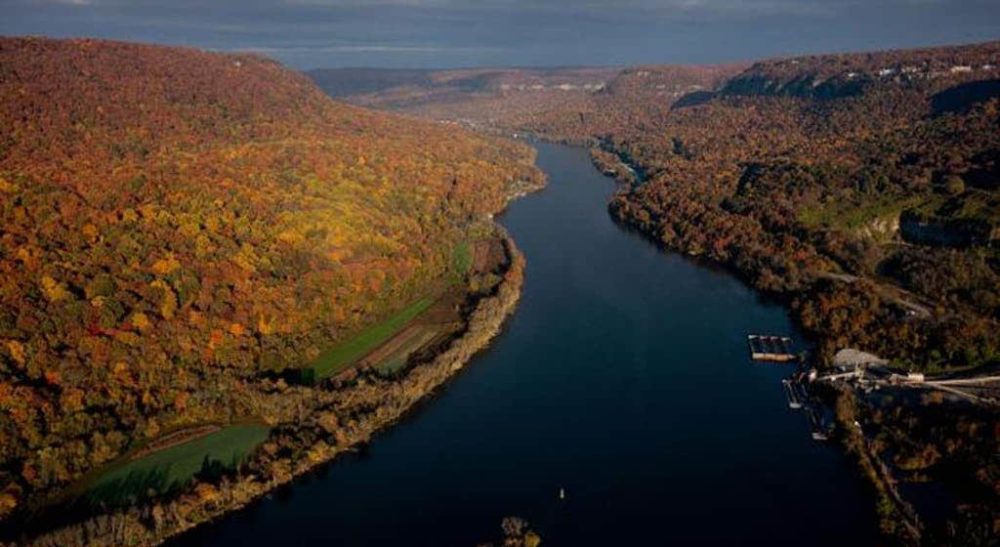 Alarming Level of Microplastics Found in a Major U.S. River

When Andreas Fath decided to conduct a survey to see what contaminants were lurking in the Tennessee River, he wanted to do it in a way that would get attention.

“If you want to reach people, I’ve noticed that it’s better to do something crazy”, says the German professor of medical and life science from Furtwangen University.

Fath combined his two passions—”long-distance swimming and chemical research”—to swim the 1,049-kilometre Tennessee River over the course of 34 days last summer. It was inspired by a similar swim through the Rhine River in Germany he completed in 2014. Along the way he took water samples, and what he found doesn’t bode well for the ecologically rich and biodiverse Tennessee River.

After conducting a lab analysis on the samples with the University of Georgia River Basin Center and a host of other conservation and nature groups, Fath and his research team revealed Wednesday just how much human activities are impacting the river.

The most surprising find? A high abundance of microplastics.

The microscopic pieces of plastic are produced either purposefully in products like exfoliating washes (a practice banned by the Obama administration in 2015) or are the result of the breakdown of larger plastic products over time.

Microplastics have been widely documented in ocean marine environments. They are thought to last for hundreds of years, they’re hard to spot—and thus hard to clean up—and studies are increasingly showing how dangerous they are to marine life. As various fish and plankton consume microplastic, it builds up in the food chain after larger predators chomp down on smaller marine life. The pollutants may even show up on our dinner plate, in the bellies and meat of the fish we consume.

Rivers are known to contribute to the ocean plastic pollution crisis, sweeping plastic litter out to sea. But few studies in the US have looked at the presence of microplastics in rivers themselves.

Fath found that in some parts of the river, microplastics ranged from 16,000 to 18,000 particles per cubic metre.

When Fath conducted similar chemical tests on Germany’s Rhine River, there were only 200 particles per cubic metre. He blames this difference on the less developed recycling and waste infrastructure present in the US as compared to much of Europe, particularly in the southeast. The Tennessee River runs from eastern Tennessee, into Alabama, and connects to the Ohio River in Kentucky. By contrast, Germany has a goal of eliminating landfills by 2020.

In addition to microplastics, Fath found traces of pharmaceutical waste, though this was at lower levels than in the Rhine. By far, he notes, his biggest concern is the proliferation of microplastic in the ecologically unique ecosystem.

“The Tennessee River is an incredible part of the US”, says Anna George, VP of Conservation and Education at the Tennessee Aquarium. “It’s almost like an underwater rain forest”.

A biodiversity report prepared for the National Fish and Wildlife Foundation in 2015 documented high numbers of fish, crawfish, and mussels endemic only to the Tennessee River.

Based on studies done in ocean environments, George says scientists know microplastics accumulate up through the food chain, but no one knows exactly how that works in freshwater environments.

“We don’t have similar studies for freshwater [organisms]”, she says.

Research on the abundance and impacts of microplastics has only been performed in earnest throughout the past decade, making it a relatively new field of study. While scientists are now getting a handle on how plastic breaks down into imperceptibly small pieces in the ocean, the same literature is only just beginning to understand microplastics in Americans’ own backyards.

Hydroecologist Jill Crossman from the University of Windsor says microplastics can enter freshwater systems through anything from large plastic discarded over the sides of boats to fibres from synthetic clothing that’s washed down drains. Many of the ways municipalities treat sewage water does filter most microplastics out, but the small percentage that leaks through still adds up.