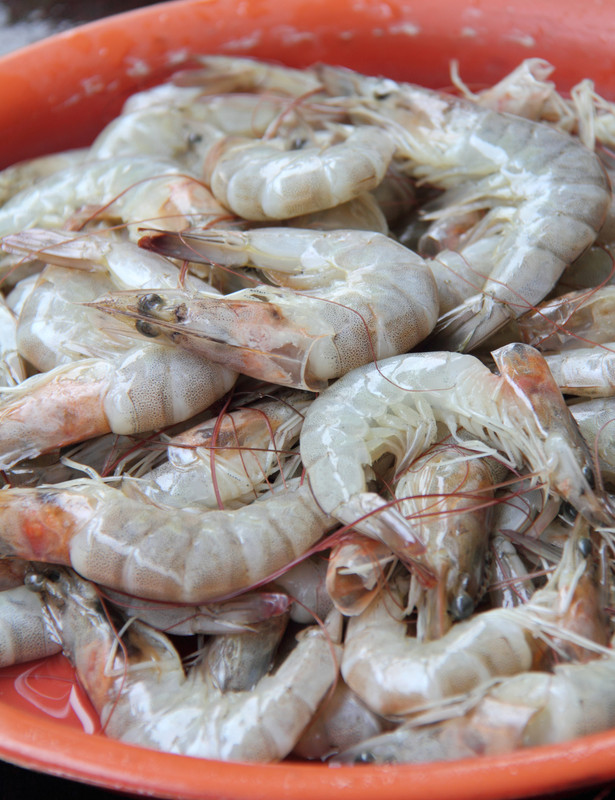 That wild caught shrimp you just ate? It might be from a skanky, destructive farm

Like lots of people, you probably love shrimp. Love to eat them that is. And hopefully you know, shrimp farming is highly destructive. To make a shrimp farm, you first clear out all the mangroves, destroying a critical coastal ecosystem.  Mangrove loss results in greater storm and tsunami impacts, greatly reduced fisheries production (mangrove roots, below the water, act as fish nurseries), and also reduced carbon sequestration. BIG BUMMER.  So you do the right thing and only buy wild caught shrimp. Moreover, you want to supper local fisherman, like the families that have been shrimping in our vast estuaries here in North Carolina for decades. But how do you know what you buy isn’t actually coming from a polluted, destructive shrimp farm in Thailand? You don’t.

You are at the mercy of the vendor.  Yet many seafood vendors don’t know where their product comes from or they are just dishonest about it. A NC food processor (why do we even have “food processors”?) was just busted for mislabeling shrimp:

Beyond this, wild caught shrimp is generally highly environmentally destructive too. Usually, shrimp are caught by dragging huge nets across the bottom. This destroys habitat too (like seagrass beds) and also kills countless other critters that get scooped up and die as bycatch. More on that later…