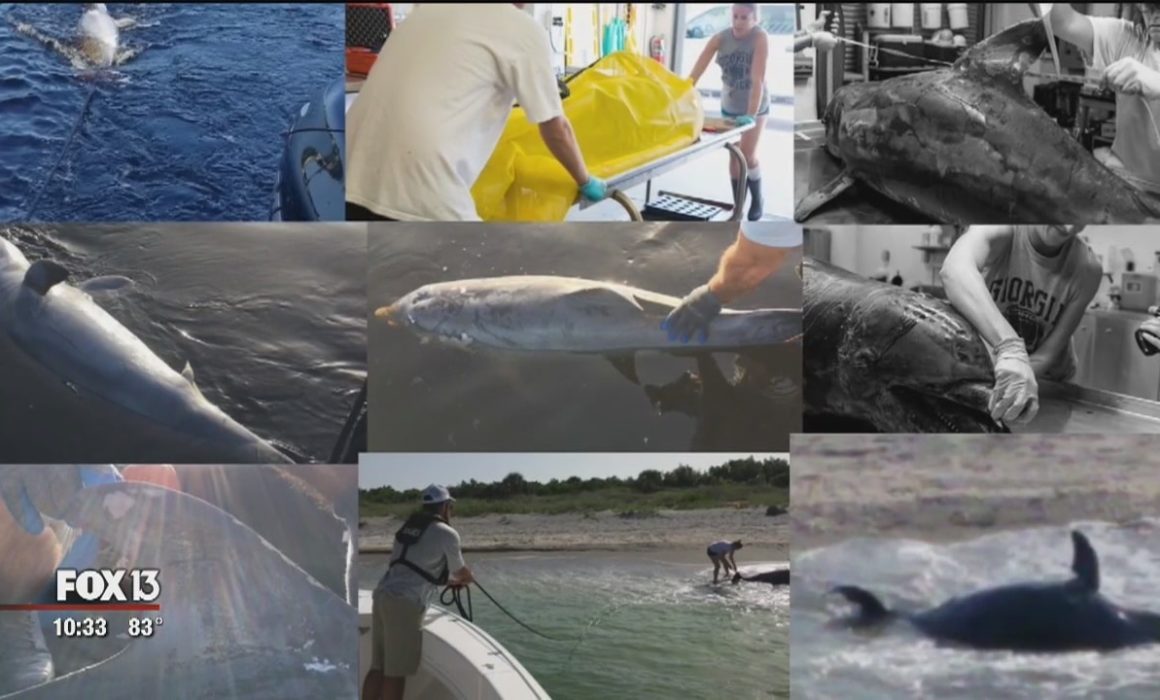 Dr. Larry Brand, a Professor in the Rosenstiel School of Marine and Atmospheric Science at the University of Miami, and Dr. David Davis, a Research Assistant Professor at the Miller School of Medicine at the University of Miami, are cited in this article from Fox 13 News.  Dr. Brand and Dr. Davis are considered to be two of the leading experts on BMAA and the Herbert W. Hoover Foundation is proud to have supported their research.

The state has polluted the water with fertilizer and leaking septic tanks, which feed these blooms that turn the water green and produce some of the most powerful natural poisons on earth.

For example, the cyanobacteria emit BMAA, which is toxic to the brain and scientists now link to diseases like Alzheimer’s and ALS.

“What happens is, the BMAA causes the proteins in your brain neurons to get all tangled up, and you see the slow accumulation of tangled up proteins in your neurons until they get completely clogged and the neurons die,” said University of Miami Marine Science Professor Dr. Larry Brand. “So you just slowly develop these diseases over the timescale of 10-20 years”

Dr. Brand tested fish, crabs, and shellfish in South Florida and discovered high concentrations of BMAA in the aquatic food web. His colleagues at the University of Miami had already found it at significant levels in Floridians who had ALS and Alzheimer’s disease.

Then Dr. David Davis started testing dolphins that have been turning up dead. Davis’ team tested seven dolphins found floating or beached in Florida and seven others found to our north.

Of the 14 tested dolphins, 13 “had high concentrations of BMAA in ‘their’ brains.” The one that didn’t was struck and injured by a boat.

“We wanted to see if these dolphins stranded may possibly have the toxin in their system. It’s very very startling to see that amount of BMAA in dolphins. It’s roughly 1.5 times the amount we see in individuals with advanced dementia,” said Dr. Davis. “What we found in the dolphin brains are pathological hallmarks of dementia. Having both the presence of BMAA and neuropathological changes like we see with the dolphins is troubling.”

The green slime produced by cyanobacteria leaves behind a dried crust, which new research revealed sends BMAA drifting into the air.

Dr. Mike Parsons at Florida Gulf Coast University confirmed BMAA was airborne in Cape Coral through air tests. His team followed up by testing other areas. The preliminary results showed the presence of BMAA in every spot they tested, and they found it in higher concentrations the closer they got to toxic blooms in the water.

“When the cyanobacteria dries, it will almost be like a crust. I haven’t done this but it would be the equivalent of like grinding it up in your fingers and it turns into a powder, and then the winds pick up that powder,” said Dr. Parsons. “You can see it in the seawalls just this green dust. The worst case scenario would be a significant amount of Microcystin and BMAA would be getting into the air and onto the smallest filters of our air samplers.”

Parsons is expanding his research – in the present and the past. For example, 11 years ago a cluster of neurodegenerative disease cropped up near Kennedy Space Center. Engineers who were fighting ALS wondered if exposure to rocket fuel may have caused it. But new information is leading scientists to go back and look at something else.

“Were all these engineers avid sportsmen?” asked Dr. Parsons. “Were these people in the water a lot?”

Years before the rocket engineers got sick, manmade pollution fed blooms of cyanobacteria in waters around the Space Coast.

“The scary part is if the levels get elevated to a point where that exposure would overcome our natural defenses… there is justified concern by the public that the science is a little behind. We need to come up with some answers quickly,” said Parsons.

Today, Parson’s team found airborne BMAA in every spot they tested. And they found it in higher concentrations the closer they got to polluted water.

While scientists have found correlations between BMAA and neurodegenerative disease, they stress they have not established a clear cause and effect. They don’t yet know how much exposure may pose a threat to public health.

Governor DeSantis picked Dr. Parsons to serve on a new state task force to recommend changes in policy and strategy.