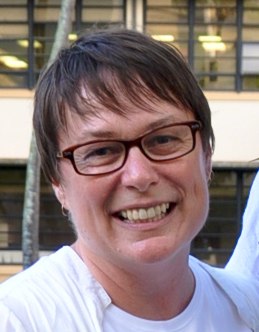 [Editor’s Note:  Dr. Ruth Gates is involved in a Herbert W. Hoover Foundation funded initiative to use evidence-based research to measure the coastal health of areas around the world.]

HONOLULU (AP) — Warmer-than-normal ocean temperatures around Hawaii this year will likely lead to the worst coral bleaching the islands have ever seen, scientists said Friday.

Many corals are only just recovering from last year’s bleaching, which occurs when warm waters prompt coral to expel the algae they rely on for food, said Ruth Gates, the director of the Hawaii Institute of Marine Biology. The phenomenon is called bleaching because coral lose their color when they push out algae.

The island chain experienced a mass bleaching event in 1996, and another one last year. This year, ocean temperatures around Hawaii are about 3 to 6 degrees Fahrenheit warmer than normal, said Chris Brenchley, meteorologist for the National Weather Service in Honolulu.

Bleaching makes coral more susceptible to disease and increases the risk they will die. This is a troubling for fish and other species that spawn and live in coral reefs. It’s also a concern for Hawaii’s tourism-dependent economy because many travelers come to the islands to enjoy marine life.

“You go from a vibrant, three-dimensional structure teeming with life, teeming with color, to a flat pavement that’s covered with brown or green algae,” said Gates. “That is a really doom-and-gloom outcome but that is the reality that we face with extremely severe bleaching events.”

Gates said 30 to 40 percent of the world’s reefs have died from bleaching events over the years. Hawaii’s reefs generally have been spared such large scale die-offs until now. Most corals bleached last year bounced back, for example. But Gates said it will be harder for these corals to tolerate the warmer temperatures two years in a row.

“You can’t stress an individual, an organism, once and then hit it again very, very quickly and hope they will recover as quickly,” she said.

Scientists on an expedition to the remote, mostly uninhabited islands in the far northwestern end of the island chain reported some coral died after last year’s bleaching event. Courtney Couch, a researcher at the Hawaii Institute of Marine Biology, said a mile and a half of reef on the eastern side of Lisianski Island was essentially dead. Coral further out from the atoll handled the warm temperatures better, she said.

Brian Neilson, an aquatic biologist with the state Department of Land and Natural Resources, said people could help by not adding to the coral’s problems.

That means avoiding fertilizing lawns and washing cars with soap so contaminants don’t flow into the ocean. People should avoid walking on coral and boaters should make sure they don’t drop anchor on coral. Fishermen should fish responsibly, he said.

Scientists have also asked people to help them keep track of bleached coral by reporting sightings to the state’s “Eyes on the Reef” website at www.eorhawaii.org.

Brenchley, from the National Weather Service, said it’s not known why waters around Hawaii and other parts of the northeast Pacific are warmer than normal this year. This warm water — nicknamed “The Blob” — is coinciding with El Nino, which is a general warming of parts of the Pacific that changes weather worldwide. But Brenchley said it isn’t the result of El Nino.

Hawaii is home to 85 percent of the coral under U.S. jurisdiction, including 69 percent within the mostly uninhabited islands of the Papahanaumokuakea Marine National Monument. Another 15 percent of U.S. coral lies among the Main Hawaiian Islands — from Niihau in the north to the Big Island in the south — where the state’s 1.4 million people live.