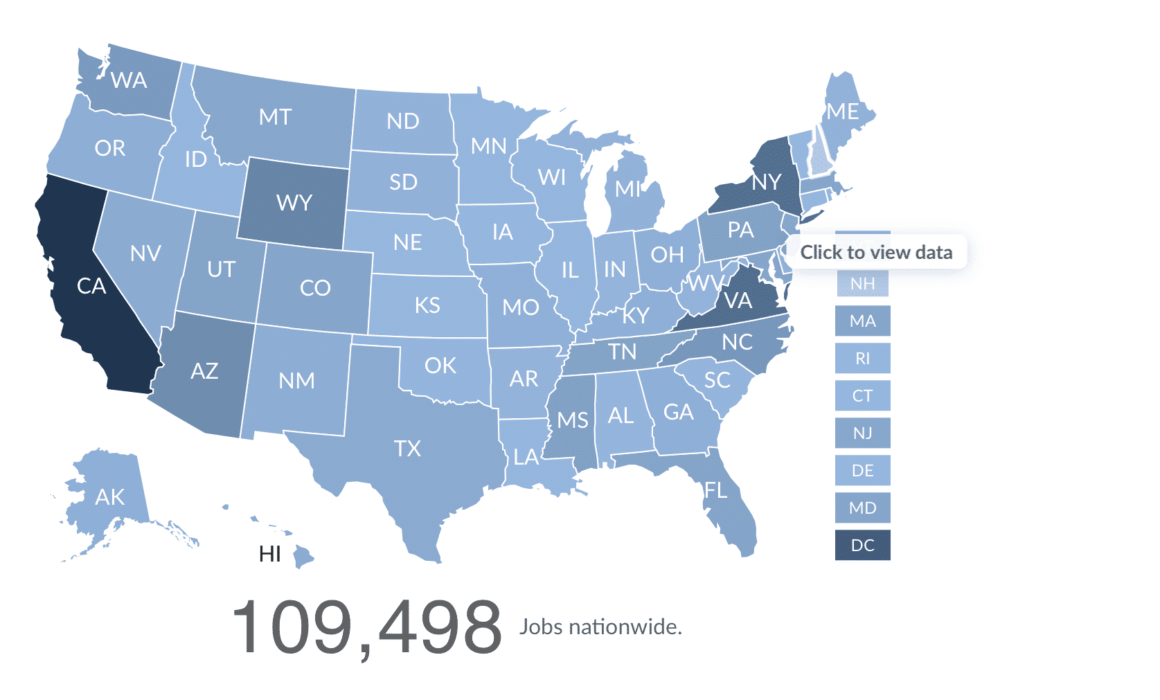 A Pew-commissioned analysis by the Cadmus Group, a consulting company, found that addressing the National Park Service’s $11.6 billion maintenance backlog would create or support nearly 110,000 infrastructure-related jobs. This number, based on fiscal year 2017 NPS data, is a reminder of the powerful economic impact of national parks.

California has the most to gain, with the potential for more than 17,000 jobs. Rural states also stand to benefit, with a possible 6,600 jobs in Wyoming. And Virginia, which has a mix of urban and rustic settings, could benefit from 9,600 jobs.

The analysis, “Restoring Parks, Creating Jobs: How Infrastructure Restoration in the National Park System Can Create or Support Jobs,” contains a state-by-state breakdown finding that:

This interactive map shows where potential jobs could be located as well as park visitation and visitor spending, based on fiscal 2017 NPS data. Although the maintenance backlog rose from $11.3 billion in fiscal 2016 to $11.6 billion in fiscal 2017, the job figure declined by 671 jobs, from 110,169 to 109,498. This was due to an uptick in inflation and a potential increase in the cost per job. To access a Pew-commissioned analysis and jobs interactive based on NPS fiscal 2016 data, click on this link.

Values for the U.S. territories of American Samoa, Guam, Puerto Rico, and the Virgin Islands are not shown on this map.

Delaware and the Northern Mariana Islands do not include any National Park System units that collect visitor spending data.

All $ figures are in millions

For more information on this analysis, please see the methodology or view the Cadmus Group’s report, “Restoring Parks, Creating Jobs: How Infrastructure Restoration in the National Park System Can Create or Support Jobs” (2018), https://cadmusgroup.com/papers-reports/restoring-parks-creating-jobs/.