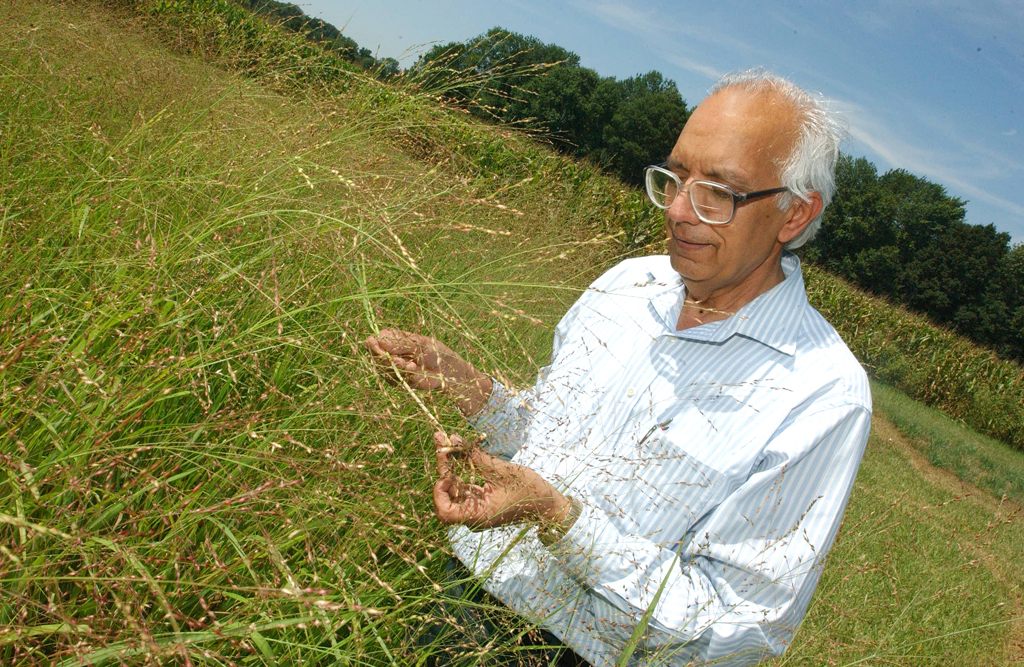 Over five decades, Rattan Lal, a distinguished university professor in the College of Food, Agricultural and Environmental Sciences, has reduced hunger by pioneering agricultural methods across the globe that not only restore degraded soil but also reduce global warming.

“Every year we are astounded by the quality of nominations for the prize, but Dr. Lal’s stellar work on management and conservation of agriculture’s most cherished natural resource, the soil, set him apart,” said Gebisa Ejeta, chair of the World Food Prize Selection Committee and 2009 recipient of the award issued by the World Food Prize Foundation based in Iowa.

“The impact of his research and advocacy on sustainability of agriculture and the environment cannot be overstressed,” Ejeta said.

Beginning in the 1970s with his research in West Africa, Lal has discovered ways to reduce deforestation, control soil erosion, and enrich soil by managing a critical element in the soil: organic carbon.

His research has provided the scientific foundation to show that soil can not only solve the global challenge of food insecurity but also global warming. As the 2020 winner of the World Food Prize announced via webcast, Lal was awarded $250,000, which he will donate for future soil research and education. He is the first at Ohio State to receive the award.

“It is a privilege and honor to be of service to the many small farmers from around the world because I was one of them. They are stewards of the land. They are the ones with the tremendous challenge of feeding the world,” said Lal, who is founding director of the Carbon Management and Sequestration Center in CFAES at Ohio State.

Lal was listed by Thomson Reuters as among the top 1% of the most-cited scientists in agriculture for the 2014 to 2019 period and among the world’s most influential scientific minds in 2015.

A faculty member at Ohio State for 33 years, Lal was recognized for his contributions to the Intergovernmental Panel on Climate Change, which shared the 2007 Nobel Peace Prize with former U.S. Vice President Al Gore.

In 2019, Lal became the first soil scientist and the first person at Ohio State to receive the Japan Prize. A year before, he received the 2018 World Agriculture Prize and the 2018 Glinka World Soil Prize.

Beyond Lal’s worldwide contributions to soil health, one of his more remarkable aspects is the trajectory of his life. At age 5, he and his family left west Punjab, resettling in northern India, as refugees, in a village without electricity. There, he and his family worked a small 7-acre farm using oxen. Drought was frequent and temperatures brutally hot. On that farm, Lal came to realize that soil can play a critical role in creating a buffer against harsh conditions by holding onto water and nutrients.

While his elder siblings ran the family farm, Lal was the only one who had a chance to go to school, the only one in his family who learned to read and write. Making the most of that opportunity, Lal pursued the education and research that have allowed him to have an impact on how policy makers and farmers across the world think about and treat soil.

In the 1990s, Lal co-wrote the first documented report showing how restoring degraded soil by taking in carbon dioxide from the air not only improved the soil but also defended against rising levels of carbon dioxide.

In the decades before and since, Lal has promoted agricultural practices that optimize the soil’s ability to act as a sponge, soaking up carbon dioxide in the air through photosynthesis, and returning it to the soil when the plant decomposes. This in turn enriches the soil, making it more conducive to growing crops.

The techniques Lal has advocated include eliminating plowing, retaining crop residue left after harvest, planting cover crops, minimizing the use of chemical fertilizers, and setting aside land and water for nature, rather than for agriculture or other purposes. Each practice comes at low cost, affordable even to farmers in the developing world.

The agricultural practices Lal has promoted are now at the heart of efforts to improve agriculture systems in the tropics and globally. Lal’s research began in 1963 with studies on low corn production in India.

Working with farmers in Asia, Africa, and Latin America in the 1970s and 1980s, Lal introduced changes to the common practice of cutting down and burning swaths of trees, causing erosion of valuable topsoil. During a 10-year project that began in 2000, Lal worked with farm communities across India to promote adoption of best management practices to enhance and sustain production.

Along with his research, Lal has partnered with international and national policy makers as well as industries to increase carbon in the soil and prevent fields from eroding, keeping both sediment and chemicals from getting into nearby waterways.

All of Lal’s work has been guided by one principle: The health of soil, plants, animals, people, and the environment all depend on each other. “When the health of soil degrades, it creates a domino effect,” Lal said. “Restoring soil health is essential to restoring human health.”