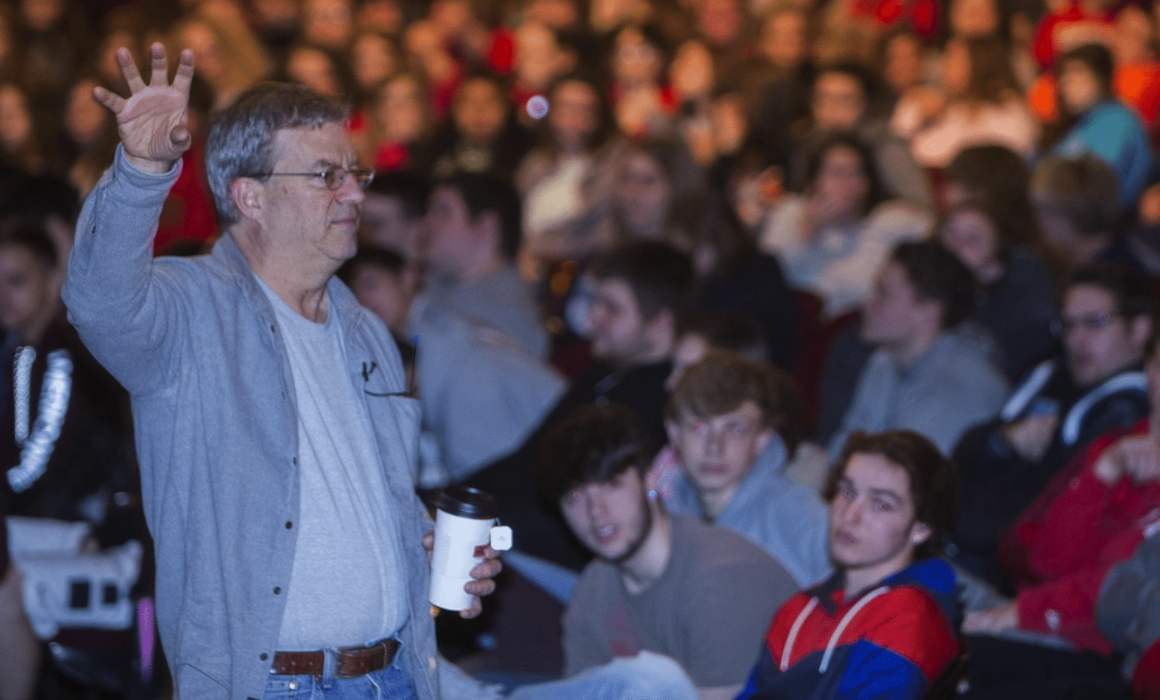 By: Shane Hoover from the Canton Repository. To see the original article, visit this link. Originally posted on April 2, 2018.

CANTON Author and journalist Sam Quinones spoke Monday morning with an audience of local high school and college students from who were reading his book, “Dreamland: The True Story of America’s Opiate Epidemic.”

The book chronicles how black tar heroin from Mexico and the reckless marketing and prescribing of narcotic painkillers shaped an opioid overdose epidemic that killed more than 42,000 Americans in 2016.

Quinones talked about his reporting and the growing sense of isolation that makes communities, rich and poor, more susceptible to drugs.

“We have destroyed what brought us together as Americans,” he said.

But the former Los Angeles Times reporter spent much of the morning asking his audience how the opioid epidemic impacted their lives. After a little prodding, the students opened up.

One young man said he lost a friend to an overdose months ago, and had another friend who was in a bad car accident and now took a handful of pills every morning just to get out of bed.

Other students talked about family members who used prescription pills, bullying and stress in high school and peer pressure to smoke marijuana or take drugs.

The Stark County District Library arranged Quinones’ talk with the students at the Canton Palace Theatre, and a similar event for the general public Monday evening.

With a $33,540 grant from the Herbert W. Hoover Foundation, the library also gave 2,000 copies of “Dreamland” to 15 area school districts, as well as Malone and Walsh universities.

Beth Kasler, an English teacher at Louisville High School, taught the book with her seniors and brought them to Monday’s event.

Along with reading and discussing the book, Kasler said she brought in guest speakers who talked about how to properly use prescriptions, how police have responded to the epidemic and how overdoses impact families.

“A lot of the discussion of the dangers and how to help,” Kasler said. “What do we do? Where do we go from here?”

Colton Hoover Chase, vice chairman of the Herbert W. Hoover Foundation, said the more people read and talk about the epidemic, the more their minds might open to unique solutions.

“This is a difficult problem and we’re open to a lot of different things,” Chase said.

The speaking event was one of three recent opioid-themed programs organized by the Stark County District Library in cooperation with Stark County Mental Health and Addiction Recovery.

“The library always has been interested in the ideas, the concerns, the things happening in society,” said Jean Duncan McFarren, the library’s interim director.

Traditionally, the library played that role through books, but today it can be a forum for conversation.

“I think the library is in the perfect position to do that because everybody comes to the library,” McFarren said.