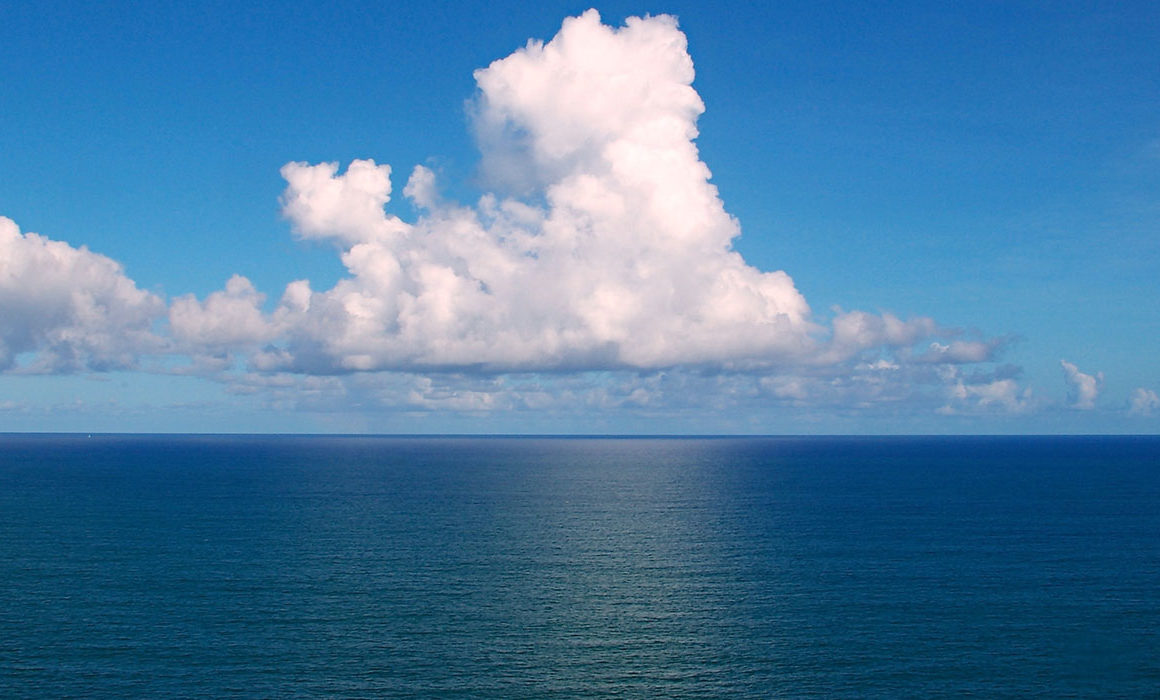 Where Does Water Come From?

Where does water come from? We know from science that water evaporates from the ocean reservoir, is captured in clouds, fog and rain, descends to seep into the underground aquifer or be distributed via lake and stream. In this episode of World Ocean Radio, host Peter Neill reminds us that the ocean exists at both ends of the water cycle–at mountaintop and abyssal plain–and essential to the sustainable ocean is the protection and conservation of the vast, fluid passage that each of us on this earth relies upon.

Where does water come from? It seems such a simple question, and the answer is known from our earliest science lessons when we are introduced to the water cycle and the global circulation system that is so essential to our well-being now and forevermore. Water evaporates from the ocean reservoir, captured in clouds and fog and rain, from which it descends to become ground water, seeping into the underground aquifer, or surface water distributed by lakes and streams. Some of the water is captured in ice as glaciers and high mountain peaks; some is retained deep in the earth, some perhaps pre-historic in its deposit, but there for now beyond our eager, sometimes desperate, digging and drilling.

All of it is finite in volume.

We know this cycle, and if we think about it at all, it becomes easy to understand the idea that the ocean where 97% of that volume is contained is the alpha and omega, the mouth and tail from this circle of sustenance. It becomes easy to see the “edge” of the ocean not at the boardwalk and beach, but rather at the distant snow-capped range where begins the long, convoluted flow of water down and across the land until it reaches its ocean origin…and the cycle begins again.

Essential to the sustainable ocean, then, is the protection and conservation of this fluid passage, the global hydraulics that can be compared to the circulation of blood through our bodies, themselves made substantially of water. Each of us is an ocean, with a comparable circulation, and a reliance on a healthy environment to sustain it. Extend the metaphor: if we treat those bodies with indifference, pollute them with excess and poisons, then we can expect them to succumb to obesity, disease, and collapse. If you think of yourself as the ocean, your family as the ocean, your community as the ocean, your nation as an ocean, then perhaps you will take the necessary steps to sustain the health of each of these many seas.

So, too, with the earth, and we return again to the geography of our living; the ocean, as I choose to define it, as a vast global system of interacting, infused water that extends from mountain-top to abyssal plain and connects us all – physically, financially, politically, socially, and spiritually.

I belabor this point because it lies at the core of any strategy for change. It establishes the context for every decision that follows – the choice to conserve hillsides and watersheds, lakes, ponds, and rivers; the planning for different settlement and systems, for new construction and re-construction; the promulgation of new standards for economic development; the recognition of natural capital and new economic models as significant elements in the pricing of goods and services and the calculation of our gross national product; the re-engineering of the coastal zone; and the definition of new policies to maintain the quality of our air and water, to manage responsibly our ocean resources, and to govern the open ocean under an egalitarian and equitable set of international treaties and agreements that benefit us all.

I belabor this point because that without our understanding of this absolute, this measurable, undeniable fact of life, all our efforts may be for naught, all our strategies may be half-baked, all of our results inadequate. We cannot build a new society, hydraulic or otherwise, if we build it on a weak and corrupted foundation. We cannot change behaviors if we do not accept and assert new core values. This clear and present understanding of the wisdom of Nature and the knowledge revealed can guide and protect us in our first steps toward sustainable practice and global renewal.

Where does water come from? That’s one question, and we know the answer, but here’s another, more difficult one: what will we do, who will we be, when that water has come…and gone?

We will discuss these issues, and more, in future editions of World Ocean Radio.